The Water ATM Initiatives in India

This year NASA pointed out that plastic pollution and waste contamination is one of the major causes of India’s declining freshwater problems. As stated by ongoing research, a single plastic bottle takes around 450 years to decompose, 4-5 times an age of an individual. Research also states that across the world, 2.1 billion people do not have any drinking water by their side, 1.8 billion among them drink untreated water that is contaminated by faeces.

Keeping this problem in mind many private projects, some supported by HSBC water program are running throughout India based on the technology ATM’s used to dispense money. 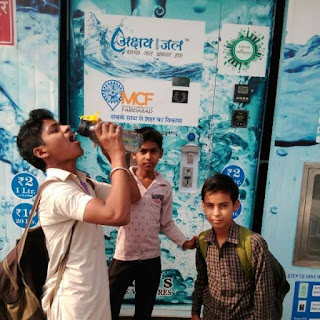 Water ATMs in India allow people of all classes to access pure and safe drinking water any time that suits them. These plants has especially helped women of the slums and those living in the desert areas to get a quick access to pure drinking water at their tips of their hands. It has enabled them to spend more time on working, socialising and caring for their families.

Some such mineral water ATM projects running in India are:


Other than this there are many ongoing partnerships in driving the penetration of water ATM and one amongst them is the tie-up between Sarvajal and Tata Trusts with the local bodies like the Delhi Jal Board and Bhubaneswar Municipal Corporation, these are setting up water units at different localities to achieve their motto “water for all”. 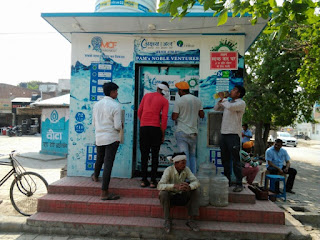 After the initiative of so many people quitting their jobs for the welfare of common people, other state governments have also replicated the idea of water ATM to ensure that their state people also get an easy access to pure, safe and clean drinking water.

Water ATM’s not only provide safe drinking water to all but also generate considerable indirect employment to many un-employed youth of the country.

Though so much of hard work is being done by everyone in the field of water supply a lot has to be don so that each gets safe water for drinking.